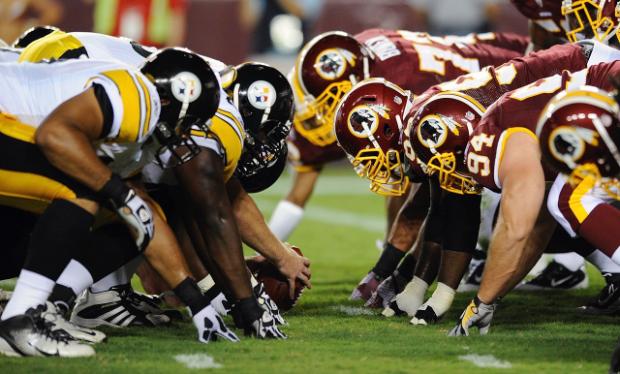 NFL Kickoff weekend 2016 concluded with not one but two Monday Night Football games, one on each coast. Just as the games were about as far apart geographically as it gets, they were also as far apart in excitement as it gets.

The Redskins defense held the high-flying Steelers offense in check for the first quarter while taking a 6-point lead. The Steelers passing game got rolling, as Ben Roethlisberger through for 300 yards and three touchdowns while back-up running back DeAngelo Williams surpassed Houston’s Lamar Miller to take the top running back spot for week one. In the end, the Steelers were just too much for Jay Gruden’s Redskins, illustrating the difference between a Super Bowl caliber team and a one that might still be a year or two away from Championship form.

The City of Angels now has the only team in the NFL with no points to show for their 2016 campaign as the Rams looked hapless against their northern rivals. The highlight of the late game seems to have come from a fan, rather than either team. 49er fans can now celebrate the first shutout on opening weekend in the team’s 70-year history. The Rams offense was ineffective against a San Francisco defense that wasn’t very impressive either. Todd Gurley, arguably the Rams best player, was held to only 46 yards on 17 carries. In the end, the better team won but had either played the Steelers the margin of victory may have been double what the Niners put up.